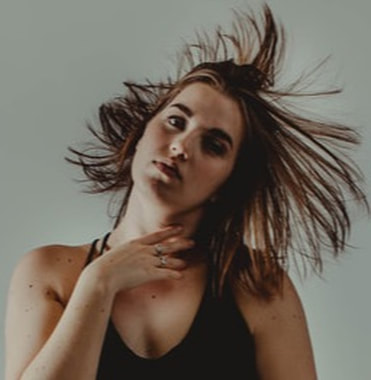 Jillian Adair (Performer) began her dance adventure at the age of five, after developing a serious aversion to soccer from having to watch her two older sisters play. Miss Adair has trained in the genres of ballet, tap, jazz, hip hop, pointe, and modern; she is the winner of a runner up for a scholarship in ballet, jazz, and a Merit Scholarship winner through the Texas Association Teachers of Dancing convention. With nineteen years of experience, Jillian spent ten years taking lessons at Joy’s School of Dance in Waco, where she was an enthusiastic member of the dance company. She became a teaching assistant at the age of fourteen, beginning a journey that led to her career path. Jillian recently graduated from Texas Woman’s University with a BA in Dance as well as her Teacher Certification in Dance Education. She values her time with her students, and hopes to share her passion and the discipline of dance through teaching.
Photo credit: Nicole Riggs Photography 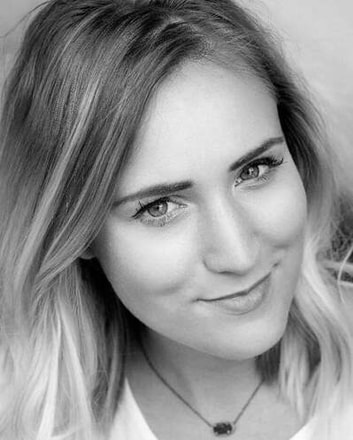 For Alex Brooks (Performer & Crew), the love of dance began when she was just three years old. With a total of nineteen years in training, her passion to learn and educate others has only grown stronger. Alex has a background in ballet, jazz, hip-hop, tap, contemporary, modern, ballroom, gymnastics and afro-dance. Competition dance was a major role in her life for thirteen years.
Alex began teaching dance at eighteen at Dance Prodigy Studios located in Greenville, Texas. Here she taught ages two to adult level classes. Her class styles ranged from ballet, jazz, hip-hop, afro-dance, stretch and conditioning and ballet-tap combo. Alex was also one of the studio's competition choreographers for three years and Competition Director for one year. Her duties as director included organizing and planning curriculum for the competition teams along with planning which competitions and conventions the team would attend. Alex's experience also includes set and costume design.
Alex earned her Associates in Arts degree at Collin County Community College studying dance. Currently Alex is attending Texas Woman's University and will complete her Bachelor's in Dance. During her time at TWU she has been developing her teaching strategies as well as her personal dance technique. Alex's mission in teaching dance is to make the experience for her students as inclusive as possible. She believes everyone can find the passion for dance and movement if they are guided in the correct way. 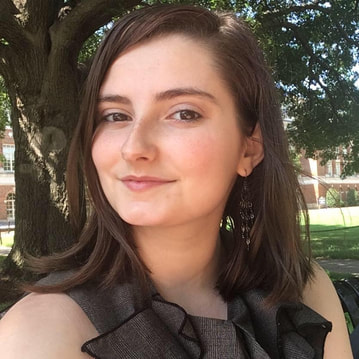 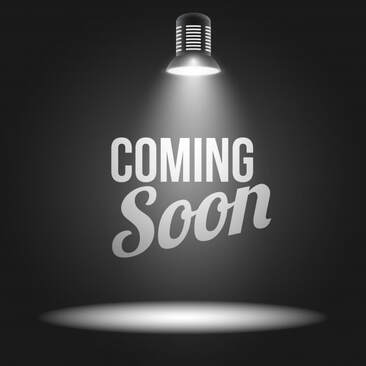 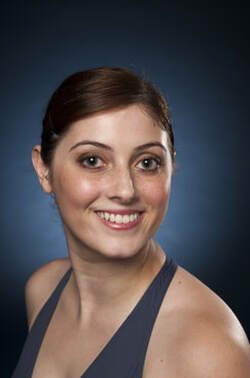 ​Havyn Couger (Performer) is a transfer student from Collin College in Plano, TX and is now in the process of earning a Bachelor of Arts in Dance Studies at Texas Woman’s University in Denton, TX.  She began taking dance classes at the age of 4 and has studied at various dance studios such as Cindy’s School of Dance and Dance Industry Performing Arts Center.  When she is not dancing, at school, or studying, you can usually find her working at Suffolk Dance Boutique, playing pool, or relaxing with her dog at home. 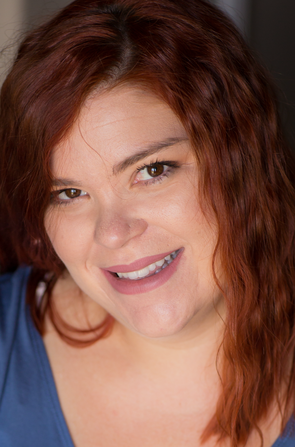 ​Aurora Farnham (Performer & Crew) spent her formative years in the dance studio and on stage performing. She began college as a dance major before switching majors to accounting. She now fondly enjoys the title of dancing accountant and does most of her dancing around the house to entertain her daughter Ember and her husband Scott. Aurora is a mother, wife, daughter, Jesus lover, dancer, accountant, CPA, CIA, podcast fanatic, board game lover, and yogi. ​ 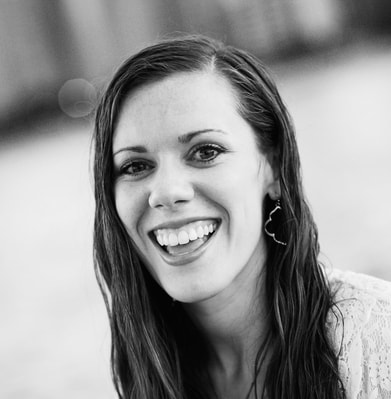 Megan Hardy (Performer) has loved dance from a young age! She grew up training mainly in classical ballet. In high school she fell in love with modern dance and performed on her school’s Performing Dance Company. As a senior, she was honored to be her school’s dance representative for the Utah state Sterling Scholar program. She went on to earn a B.A. in dance from Brigham Young University, and enjoyed choreographing and performing with BYU’s Dancensemble. A highlight of her university experience was studying Chinese contemporary dance and Chinese folk dance at the Beijing Dance Academy. Since graduating, she has spent the last 10 years teaching creative children’s dance, social dance to church groups, educational movement classes to homeschoolers, and zumba dance fitness to her community. While living in Kansas, she had the opportunity to participate in a youth dance festival in Kansas City, and choreographed and performed an original duet for a local arts festival. She is living in Stillwater, OK with her husband and 3 boys and they are all big OSU fans. She is currently working on her M.S. of Marriage and Family Therapy, and hopes to incorporate movement and therapy throughout her life. Her favorite form of personal therapy: dance! 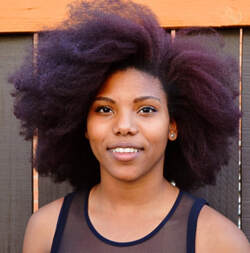 Precious Harris (Performer) began her dance training at the Grand Prairie Fine Arts Academy where she was a 2014 inaugural graduate. Upon graduation from high school, she attended Mountain View College where she choreographed her own works and  performed with the Mountain View College Dance Company, Darrell Cleveland, and a local dance company called Pie in the Sky. These companies range in style from contemporary modern dance to aerial dance.

Precious is currently attending Texas Woman's University where she is pursuing a degree in Dance Studies with a minor in teacher certification. During this time, she has performed with TWU International Dance Company, at the American College Dance Association, as well as the TWU Black Box Theater and Margo Jones Hall. During this time her choreographic works have also been showcased in TWU's dance concerts. Outside of her life as a student, she is currently working at the Movement with Purpose dance studio, a program where they partner with school districts to bring dance and other art forms to a diverse body of students in the form of an after-school activity. She is currently working and choreographing to explore and experiment with the relationship between dancers and musicians in a shared space. 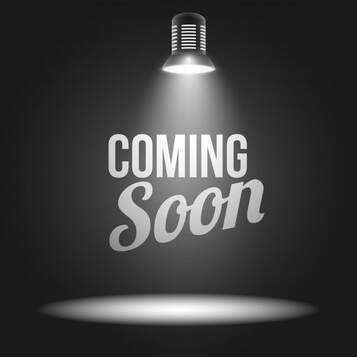 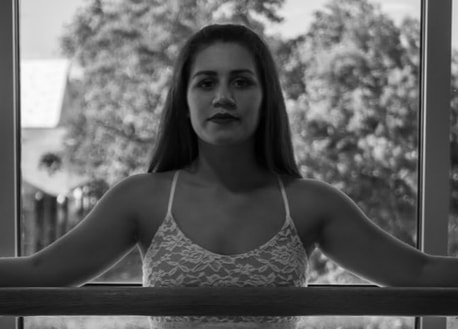 Martha Hernandez (Performer) was born and raised in Miami, Florida. Martha has danced with Rhapsody Movement Company at Tarrant County College Southeast campus, performing at American College Dance Association and with Cholorock Dance collective performing in the Denton, Texas area at their Annual Shows Collecciones de Cholorock and Vida de Amor. She has also choreographed for Tarrant County College South campus. Her goals in life include performing for different dance companies in large cities like Los Angeles and New York City as well as traveling around the world to experience different dance styles. Ms. Hernandez hopes to support her extended family through her dancing so they can retire. Martha wants to broaden the minds of dance hopefuls as well as non-dancers to experience not only the physical benefits of dance, but the mental and cognitive awareness it can bring to everyone. 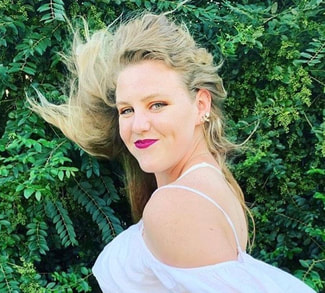 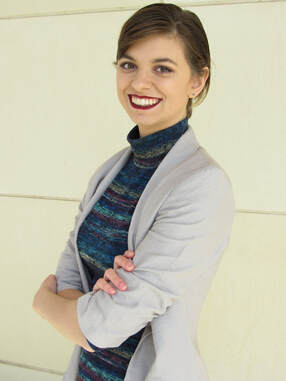 Hailey Regenbrecht (Performer) is a performer, choreographer, and dance educator. She discovered a passion for movement and began her dance training at a young age at Busby Dancenter in Victoria, Texas. Later she joined the pre professional dance company, Victoria Ballet Theatre, led by founding director Debbe Busby (2007-2015), dancing in both the corps de ballet and as a soloist. Her training includes ballet, tap, jazz, modern, contemporary, and pointe. With VBT she performed many roles in classical ballets as well as modern and contemporary works. She was honored many leading roles in The Nutcracker, Cinderella, and Swan Lake. She also had the privilege of performing in works created by well established choreographers, including LeeWei Chao, Deanna Carter, Susan Trevino, and Jorge Cano. She also attended Regional Dance America with VBT for six years, including the 2012 international festival held in Montreal, Canada.Hailey grew up attending summer dance intensives at Joffrey Workshop Texas (2010),
Ballet Nouveau Colorado (2011), Colorado Conservatory of Dance (2012), Indiana University at Bloomington School of Modern Dance (2013), and Oklahoma City Ballet Company (2013) where she had the privilege to take a master class taught by Misty Copeland. In Summer 2017, she attended the first ever Elisa Monte Dance Summer Series, where she was inspired by company members Thomas Varvaro, Jovonna Parks, Scott Willits, Roxanne Young, Ashelyn Larosa, and company director Tiffany Rea-Fisher.
In May of 2019, Hailey graduated with a BA in Dance Studies from Texas Woman’s University (TWU) in Denton, Texas. She performed in the TWU concert series, Dance Upclose and DanceMakers, while also performing in some of Denton’s local venues. 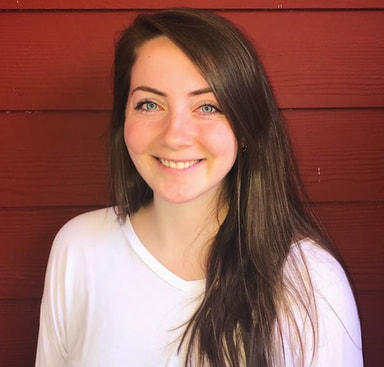 Sarah Smith (Performer) is from Carrollton, Texas where she began her dance training at the age of two with Power Dance Productions and continued through high school with North Texas Dance Academy, North Texas Ballet Theatre and Paragon Dance Centre. She has won numerous national titles as a dancer and choreographer, and is a two time recipient of Paragon's Dancer Of The Year Award. Her dance background consists of training in ballet, pointe, jazz, tap, clogging, modern, hip hop, contemporary and lyrical. She is currently enrolled at Texas Woman's University pursuing a B.A. in Dance Studies and in her seventh season on faculty at Paragon. She has performed in multiple shows for the university's department of dance, as well as half time shows for the Dallas Cowboys and the Super Bowl XLV halftime show with the Black Eyed Peas. Sarah specializes in studio organization and technique/competition coaching for all ages and levels. 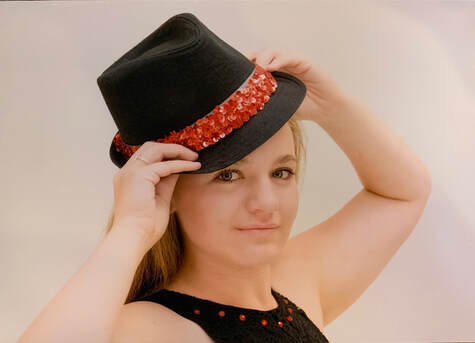 ​Emily Wells (Performer) has danced since she was 4 years old. She has studied Tap, Jazz, Ballet, Pointe, and Hip Hop. She has competed in dance competitions across Oklahoma with her solos and group dances. She was the captain of the dance team for 6 years. She is also the current President of the Oklahoma State University's Tap Company. 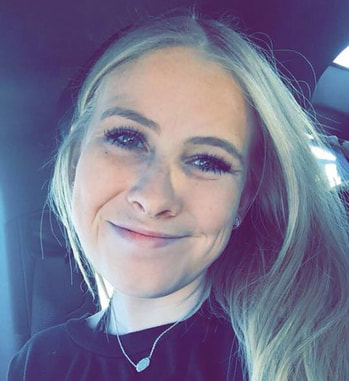 ​Mackenzie (Mack) Wickstrom (Crew) is from Oklahoma City and is a sophomore at Oklahoma State University studying Human Development and Family Sciences with a minor in Human Resources Management. Mack loves spending time with friends and being apart of Camp Cowboy which allows her to make many meaningful friendships! She is so excited to be a part of Wildly Brave and looks forward to meeting new people and promoting the arts more and more throughout Stillwater!!!